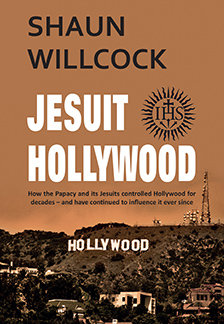 This book demonstrates, with a wealth of evidence, the way in which the Roman Catholic institution, the world’s most powerful religio-political system, pursues its objective of world conquest by seeking to harness and make use of the most powerful entertainment medium the world has ever known: the movie industry.

During Hollywood’s so-called “Golden Age”, the movie industry was extremely pro-Roman Catholic, with the content of movies during that era being controlled, not by the Jewish studio owners, but by Jesuits and their henchmen.  But another sinister influence was at work in Hollywood as well: Communism.  And in the process of time this began to displace the Roman Catholic domination of Hollywood.  The Jesuits then deliberately changed tactics, and began to support the kind of movies they had once opposed, much to the consternation and confusion of those Roman Catholics who were of the anti-Communist generation of an earlier period in Roman Catholicism.

A proper understanding of these two very different Jesuit approaches to the movie industry – the first being direct control over Hollywood and condemnation of everything not in accordance with Roman Catholic values, and the second being an about-face on those very values and the exerting of indirect influence rather than outright control – is the only way to properly understand how Hollywood has played such a huge role in the collapse of the morals of the West.

Shaun Willcock is a minister, author and researcher.  He runs Bible Based Ministries, the purpose of which is to teach the Word of God, and to expose and biblically refute Roman Catholicism, its “daughter” institutions, its assaults upon the Christian faith and the Christian Church, and the various Popish trappings to be found even amongst true Christians.

If you are looking for a copy of this book, you can order from the links below: 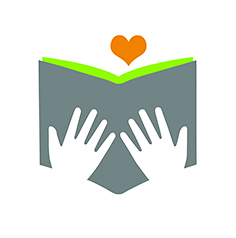